Your easy guide to the best holiday in Kos 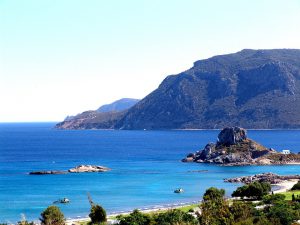 Kos is the island that gave the world Hippocrates, the father of medicine.

Kos is the island that gave the world Hippocrates, the father of medicine. The third largest of the Dodecanese, it is long and narrow in shape, mostly flat with two low mountains, Dikaio (875 m.) and Simpatro that run along its southern coast.

It lies south of Kalimnos and was first inhabited in the Neolithic era. In 700 B.C., it joined together with Lindos, Kameiros, Ialyssos, Knidos and Halikarnassos to found the Dorian Hexapolis.

In the 4th century B.C., ns Asklepieion became famous as the leading “hospital” of antiquity.

The capital, Kos, is situated in a verdant district on the northeast of the island, at the back of an open bay. Around the port you can still see the ruins of the ancient city and the castle, built between 1450 and 1478 after the Knights of St. John took over the island.

Excavations in the ancient city brought to light building foundations of the Classical era (e.g. the Agora) and of Hellenistic and Roman times (the Gymnasium, Odeon, Roman baths, a Roman mansion with beautiful mosaics), sections of wall from the ClassicaJ period, the foundations of a temple of Aphrodite and another temple, probably dedicated to Heracles.

The rest of the town is modern and well – laid – out, with contemporary buildings, hotels and avenues lined with palm trees. In a lush area 4 kilometres west of town, you’ll find the Asklepieion (Asklipiio) or Sanctuary of Asklepios. Its buildings, owing to the slope of the site, stand on four different terraces united by a marble staircase. The view from the highest one is stunning.

The most important structure is the temple of Asklepios, a Doric peripteral temple erected in the 2nd century B.C. Other buildings include the Stoa (Colonnade), which housed Hippocrates’ medical school and the Bomos or Great Altar (3rd century B.C.), which was decorated with sculptures attributed to the son of Praxiteles.

During your visit to Kos, it would be well worth your while to visit the pretty villages, which are scattered round the island. Among them are Asfendiou, 14 kilometres southwest of town, built on the slopes of Mt. Dikaio overlooking the sea; Pili, further south, with its ruined Byzantine castle and the Ypapanti church within it; Andimahia, perched on a plateau in the middle of the island; Thermes, with its hot springs and spa and Kardamena, a seaside resort, both on the east coast; Tingaki (near the airport), Marmari, and Mastihari, Kos’s second harbour, on the north coast; and finally Kefalos on the southwest coast with its splendid beach. The ruins of the ancient town of Astypalaia can be seen at the district known as Palatia nearby.

You’ll find wonderful beaches all over the island. You can reach the closer ones by bicycle, a popular means of getting around on Kos. 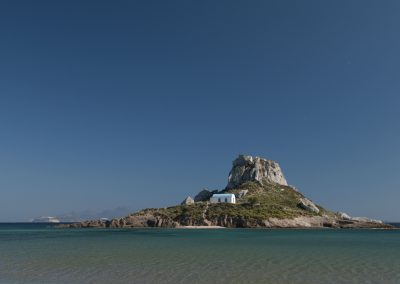 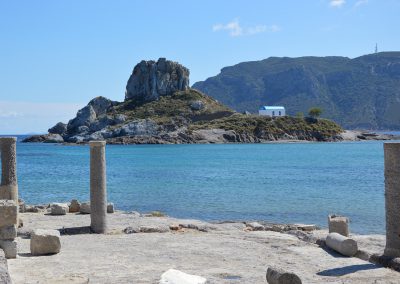 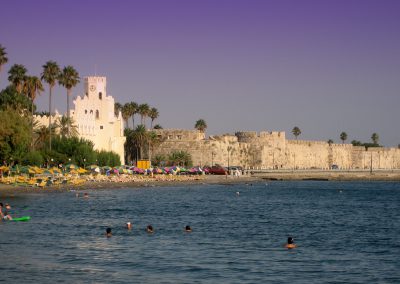 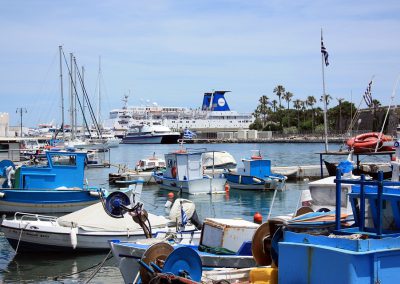 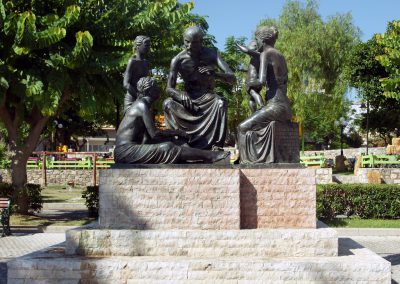 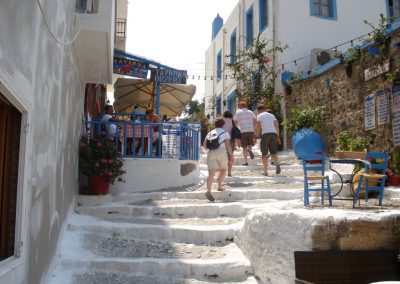 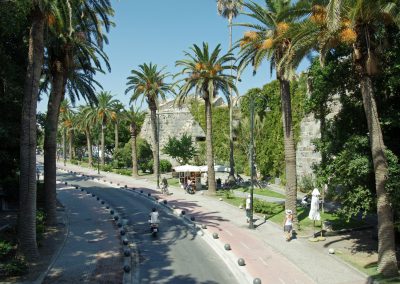 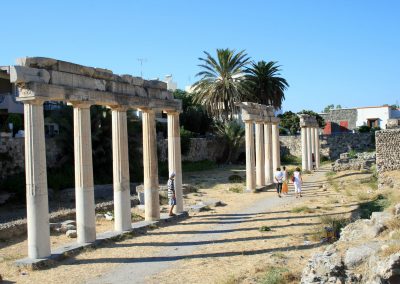 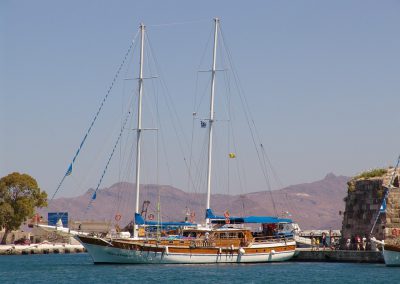 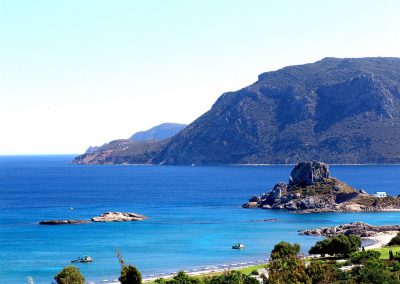 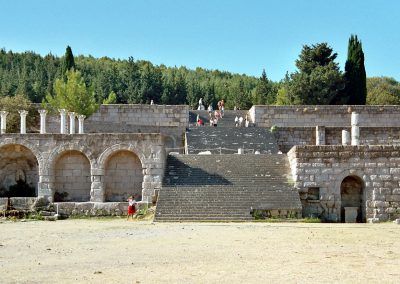 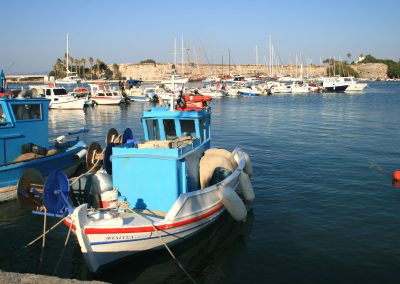 What to do in Kos, an extensive list of restaurants, bars, clubs and other points of interest
Click here..

Moving to Greece and Kos Island ? View a list of houses / apartments to buy or rent
Click here..